What to Avoid When Asking for a Raise 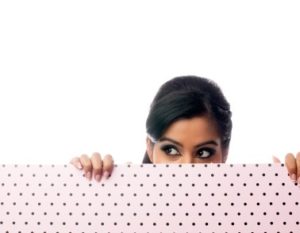 Yesterday I finished a list of tips on Executive Presence For Women. The last tip in the series was to ask for a raise if you find out a colleague is being paid more for the same work.

Today we’ll focus on what to avoid when asking for more money.

Don’t ask for a raise if your employer is having financial challenges.

Do your research. Evaluate the health of your company by looking at the organization’s sales projections and financial reports. Follow the business news. Listen to what the analysts are saying.

More importantly, if you ask for a raise when the company isn’t doing well, it undermines your ability to influence any decision your boss is making on any topic because you will have ‘out-ed’ yourself as someone who doesn’t pay attention to the big picture.

On the day, don’t be too aggressive. Be diplomatic, be confident, be assertive, but don’t show up hostile or entitled. It will put your boss on the defense and undermine your chances of getting what you want.

Schedule a meeting. Show your boss that this is a serious topic and that you are going to be professional when talking about it.

Don’t use threats as a tactic.

Don’t intimate that you will leave the company if you don’t get the raise.

Don’t use other job offers or the fact that a recruiter has called you as a tactic either. You may get a raise that way, but now you’ve run the risk of your boss mistrusting you going forward. Worst-case scenario, your boss might even say: “maybe you should consider those offers.”

Don’t tell your boss that you can’t afford your mortgage payments or that you need more money to cover health expenses or other expenses. Stick to your accomplishments and the value you add to the company.

Never ask for a raise after budgets for the year have been approved.

Schedule a meeting to discuss your salary and contributions about three months before your official performance review.
This will give you insight into what your boss is thinking about your work and also time for him or her to include your new salary in next year’s budget. Another good time to ask is when you’ve finished a major assignment or had an extensive amount of success on a project.

Don’t ask for a raise on a Monday or a Friday.

The general consensus of the HR professionals I talked to say that Thursday’s are best. On Monday’s people are generally grumpy and feeling anxious about the demands of the upcoming week, and if you wait until Friday people are already thinking about the weekend and paperwork can easily be pushed aside.

Don’t sit across from your boss with his or her desk looming between you. This sets up an Us vs Them mentality in the room. The desk also becomes an extension of your boss’s power, making him or her bigger than you and therefore an obstacle for you to overcome.

If possible, arrange to have the meeting in a conference room. This will put you on equal footing. Sit next to your boss and then you are just two professionals having a business conversation about a business topic.

Don’t let your fear of rejection stop you from asking.

Even if you aren’t successful the first time you ask, you will have demonstrated that you think that your skills and accomplishments are valuable. This can start you on a path of being considered for more prominent roles and increased responsibility, which can eventually lead to a promotion or a raise.

Stay Tuned for THE DOs!