Who Is More Skilled, the New Guy or You?

Does the longer you’ve been on the job mean you are more skilled than the new guy? 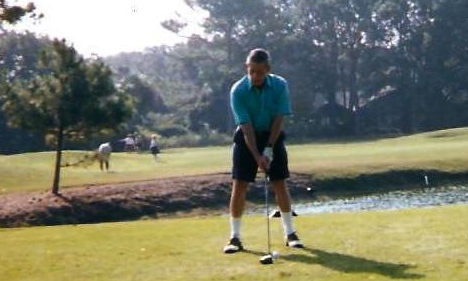 My Dad loves to golf. During the summer he plays at least twice a week, and every other Sunday or so he’ll go to the driving range with his buddies to hit a bucket of balls.

The last time I was home visiting he’d been to the range. When he came back he said: “You know, we’ve been going to that range for over 2 years and this guy still hits between 180 – 210 yards. He’s not getting any better. He puts in the same time as me. I don’t get it. Maybe he needs new clubs?”

‘TIME IN’ vs PRACTICE

As he walked out of the kitchen to put his own clubs away I realized that he was observing in his friend the same thing I was discovering in the data I’d been analyzing for a client; that ‘time in’ didn’t automatically mean that the person would be better.

I was working on a report for a client in the Financial Services Industry.

My colleagues and I recently worked with a group of 150 Team Managers who needed to practice coaching skills. My client thought that Team Managers who had longer tenures would be more effective coaches. They asked us to check the data to confirm this hypothesis.

We tracked tenure by 3 categories.

The assumption was that the 13+ group would rise to the top as the most skilled coaches.

Tenure did not seem to impact ability. When I presented the report, this finding surprised our client:

We thought that the TMs on the job over 13 months would be better. After all, they have more practice at it.

My response was that although these Team Managers performed the task more frequently, they weren’t engaging in the right kind of practice. They didn’t engage in deliberate practice on the job. As my Dad observed, simply hitting a bucket of balls didn’t make his friend a better golfer. The guy wasn’t engaged in deliberate practice when he went to the range.

And so simply having lots of coaching conversations doesn’t mean the outcome of those conversations are consequential for a Team Manager.

Deliberate practice means that the objectives are just beyond one’s level of competence and that the person receives immediate feedback on their results.

If my Dad’s friend hit an eight-iron 250 times with a goal of leaving the ball within 25 feet of the pin 85 percent of the time, continually observing his own results and making appropriate adjustments then he would likely improve.

We didn’t prove that the longer tenured Team Managers were better coaches. But we did note that ALL the Team Managers improved as a result of participating in deliberate practice of their coaching skills with our Actor-Coaches.

ALL the Team Managers were able to implement feedback and improve at asking questions to get to the root cause, exhibit more empathy and listen more deeply to their employees.

They didn’t need new clubs; they just needed to build self-awareness thru focus and feedback.