Why Storytelling Works as a Leadership Tool 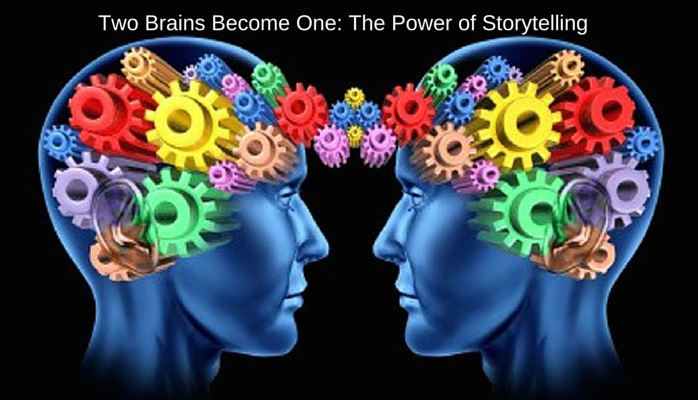 Why is storytelling in business so impactful? I get asked this a lot. It’s a provocative question. I’ve given it a lot of thought in part, because I’ve earned my living as a storyteller and teacher of storytelling for over 2 decades.

You see, I started my career in storytelling as an actress.

One of my first professional gigs was in an Agatha Christie murder mystery called: The Mouse Trap. Every performance, the precise moment when the audience figured out whodunit, something magical happened in the theatre. 300 people gasped; simultaneously. That gasp happened every single night. I never tired of hearing it. It was as if the audience and the actors had become one entity.

What I’ve since come to learn is, that gasp has a basis in science. It’s called Neural Coupling. Neural Coupling is the result of motor and mirror neurons in the brain turning on and off in a special way.

When you see a coworker pick up a glass of water or open the office door for you, a neuron in your brain will fire as if you were also picking up that glass or opening that door—even if your own hand is not moving at all.

This phenomenon of neural coupling also occurs when a person simply listens to another person describing an action.

If your coworker tells you a story about the time she picked up a glass of water and spilled it on her brand new outfit, the mirror neurons in your brain will fire as if you also spilled water on your outfit.

Neural coupling creates coherence between the speaker’s brain and the listener’s brain. It is as if they are functioning as one.

That’s the reason 300 people gasp simultaneously when they discover who the killer is in a murder mystery. It’s the same reason storytelling can be used purposefully as an influencing tool in business.

Neural Coupling as an Influencing Tool

That’s one answer to the question: Why is storytelling so impactful?

During my workshops I share three other reasons stories are a killer tool in business, as well as five different types of stories Leaders can tell to motive, inspire and influence both their in-house and remote teams.

Plus, I tell a lot of stories. I get an occasional gasp in class—which is always rewarding—but even better is that people leave the program saying: Wow! Storytelling IS impactful!